Skip to content
Last month, I posted about the German Shepherd who was seriously ill, and was taking Reiki from me. I couldn’t post any updates on him after that one post. Here they are now… 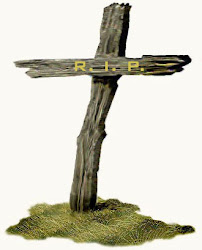 I gave him the first session on 9th June (as recorded previously). He responded very well to that session, and apparently had a more peaceful sleep that night than usual. My friends asked me to give another session in the morning, which went as well as the first one.

I gave 2 more Reiki sessions to him, on 10th night and 11th morning. He started eating a little bit then, but wasn’t able to walk properly. I was told that he had acute pain in his hind legs and would not let anyone touch him near his tail. I was also told that he was sweating a lot and preferred to sit right in front of the air conditioner.

Anyway, I’m not a medical person. So I cannot “diagnose” a client. Besides, on the 11th, they had to take him to the vet again, for the results of the blood test that had been conducted the other day (mentioned in the previous post). The vet told them that day that his legs were getting paralyzed gradually.

Now that was something I had not expected. Paralysis was a big thing. Infections are different. Paralysis would have required a much longer treatment – continued Reiki sessions every day, for many days.

I was not giving Reiki treatments professionally at that time. In the sense that I was not taking any money for the sessions. The “energy exchange”, that is required in Reiki, was happening only in kind (gifts/books etc.). So I was not in a position to commit to prolonged daily sessions.

I, therefore, referred my friends to a professional Reiki healer in my city then. I did not give any further Reiki to their dog after those 4 sessions.

I later learned that Bruno passed away on the 25th of June.

Scroll back to top
Reiki Healers Lounge uses cookies to personalize your experience. If you continue to use this site, we will assume that you are happy with it.Ok